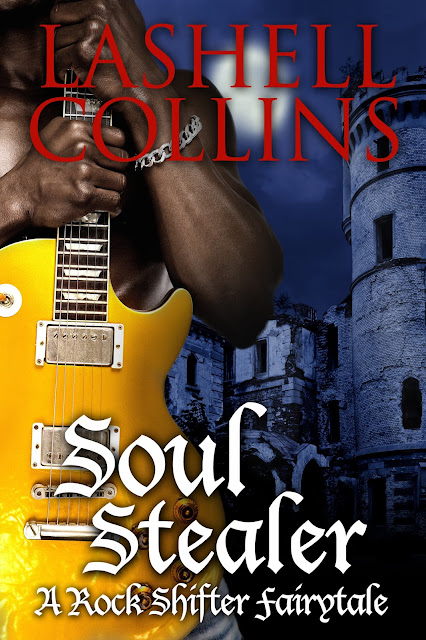 In a world where human-shifter relations are often volatile and riddled with unfair presumptions on both sides, Aleigha Daniels finds it difficult to trust. Fairytales are for little girls because in real life, men cheat. Something Aleigha knows all too well. There are no enchanted castles and no prince charmings who will sweep you off your feet. So when she's forced into interviewing the sexy, enigmatic, and eccentric shifter rock star, Morpheus Wolfe, at his creepy mansion out in the middle of nowhere, all Aleigha can see is the fear inside her own heart. And when circumstances trap her there, Aleigha begins a journey she never expected to take. What she doesn't know is that Morpheus has an agenda, and sometimes fairytales do come true.

“Ms. Daniels has arrived.” Butler announced her as though she were a guest at a royal dinner, and Aleigha felt on display.
The man at the mixing board turned in his seat and stood up, rising to an imposing height. He was almost as tall as Butler, but nearly triple the valet’s size in sheer muscle mass. Warm brown skin stretched taut over ripples of pecs and abs peeking out beneath the mesh t-shirt he wore, and the long thin braids flowed over his shoulders and down his back. His eyes, sharp and endless, pierced her with the skill of a predator and looked her over from head to toe before meeting her gaze.
“Ms. Daniels, I’m Morpheus Wolfe.”
Aleigha’s breath caught in her throat as her eyes drifted up from the powerful leather-covered thighs, over his torso and up to the wickedly handsome face. None of the videos or concert footage had done him one bit of justice. This man wasn’t merely gorgeous; he oozed sex appeal from every pore of his body without even trying.
“They don’t call him sex on legs for nothing, that’s for sure.”
Her friend’s statement made so much sense to her now. Rock star Morpheus Wolfe was the sexiest beast alive.
He extended his hand to her, but Aleigha was lost for a moment, struck dumb by his very presence. He arched an eyebrow at her.
“Uh, yes. Hello. I’m Aleigha Daniels.” She fumbled over her greeting and finally placed her hand in his. The very instant their hands touched the electricity in the studio surged — lights and power flickered, causing the camera crew some distress. Aleigha felt unable to look away, and the slight smile that crossed his lips intrigued her.
“Looks like the storm is getting worse. We should get started.” He let go of her hand but never took his eyes off her.
“Yes, we should,” she echoed, her voice sounding breathy and far away.
Get a hold of yourself, Aleigha!
She heard the words inside her head, but it was difficult to listen when he was looking at her that way.
“So, uh … normally I would be attempting to put my interview subject at ease right now by explaining how things will go, but since we’re on your turf with your camera crew, I’m a little out of my element, I’m afraid.”
He gave another ghost of a smile as he watched her.
“Would you like me to attempt to put you at ease, Ms. Daniels?”
Aleigha blushed, turning away to hide the faint redness of her cheeks, and looked around at the crew. Was it the deep, honey-coated voice or the intense way he stared at her that made her belly quiver? 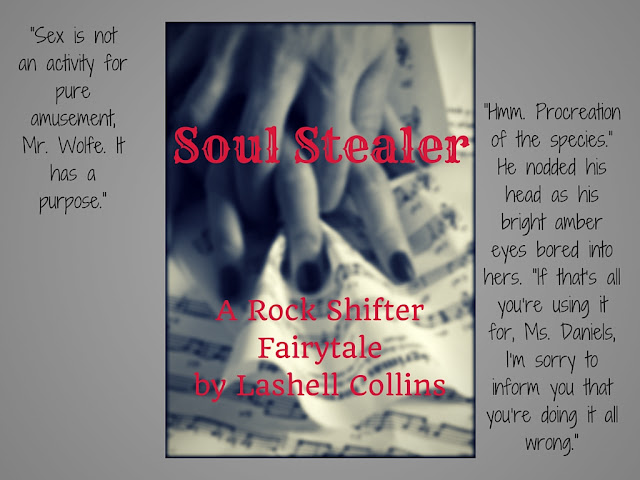 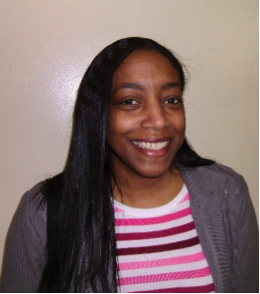 Lashell Collins is an American author of romantic suspense, paranormal romance and rockstar romance. She walks to the beat of her own drum, but that’s okay ’cause she’s got a pretty good sense of rhythm. Basically, she’s a geeky, quirky, laid-back, rocker-loving kinda girl who’s married to a retired cop, motorcycle-riding, bad-boy alpha all her own, and she likes to write about sexy police officers, werewolves and rockstars, or some inventive combination of the three! When she’s not busy tapping away on her laptop and living vicariously through her characters, she can usually be found watching Grimm, rocking out to Slash ft. Myles Kennedy & the Conspirators, stuffing her face full of Chinese food, or riding on the back of her husband’s Harley-Davidson. Between her book characters and the ones she knows in real life, her plate stays pretty full. But she loves to hear from readers, so give her a shout sometime!